Traders work on the floor of the New York Stock Exchange.

Arturo Estrella, the economist who first discovered the predictive power of the yield curve, has a message for recession naysayers: It could hit sooner than you think.

“It’s been 50 years and 7 recessions with a perfect record,” Estrella told CNBC in a message on Thursday. “It’s impossible to be 100% sure about the future but I’d say the chances of a recession in the second half next year are pretty high.”

Estrella was professor of economics at Rensselaer Polytechnic Institute and former New York Federal Reserve economist. Working at the Fed, Estrella studied the spread between the 10-year Treasury note and the 3-month Treasury bill as a recession predictor and found that particular part of the curve was the most accurate. It dipped below zero this year and is still inverted.

More parts of the so-called curve have started to invert, raising investors’ recession fears. The spread between the yield on the 10-year Treasury note and that of the 2-year note turned negative on Thursday for the third time in less than two weeks since Aug. 14. This bond market phenomenon has been a reliable recession indicator preceding each downturn over the past 50 years. The last five 2-10 inversions have eventually led to recessions. 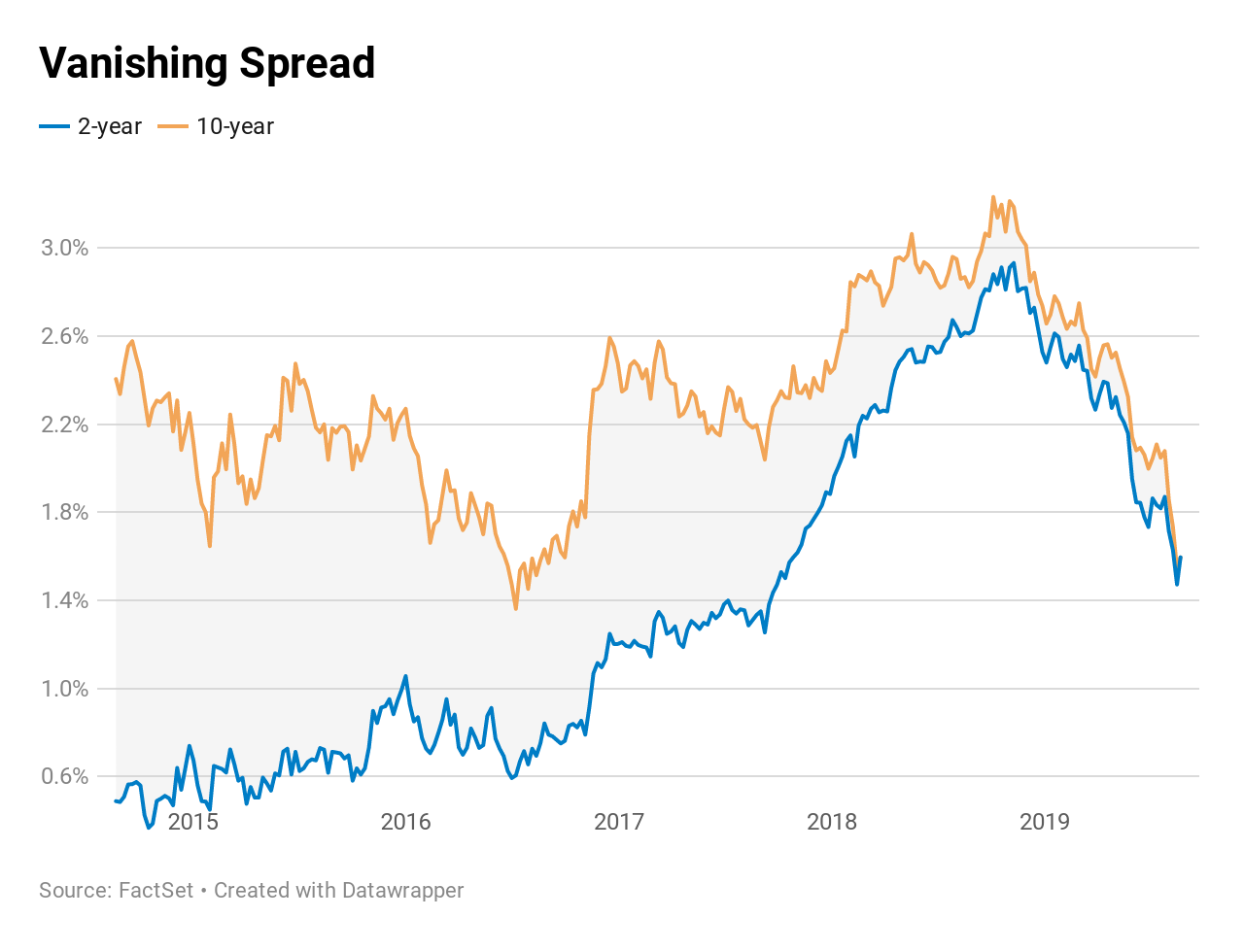 “Those who say things are different each time are probably counting on the fact that it will take about 2 years to know for sure, so who’s going to remember?” Estrella added in the message.

Credit Suisse found that it took, on average, 22 months before a recession hit following a 2-year and 10-year inversion going back the last four decades.