Gone are the days of boring earnings reports — at least for some companies.

Square, T-Mobile, Adidas and others have been adapting to a more Main-Street-friendly version of these typically dry, Wall Street-centric quarterly events.

“It’s a sign of the times — everyone now is focused on presentation. It all comes from that Steve Jobs school of thought on presentation and style,” said Nomura Instinet analyst Dan Dolev, who covers Square.

For those who have never read an earnings report, it’s typically a black and white document filled with numbers describing the company’s financial performance, and some include projections for the year ahead. It looks like something you might receive from a bank, with zero frills.

But in the second quarter last year, Square turned this once bland document into one that looks more like a magazine spread. Square’s redesigned report weaves numbers and bright-colored text together with full-page professional photos, including sections devoted to biographies of merchants who use Square’s payments technology.

The new look was largely the result recruiting from the publishing industry. Square hired Chelsea Lee, a designer from Conde Nast and GQ, for the overhaul. Her job was to take complicated jargon — like “adjusted revenue” and “EBITDA” — and translate it visually so that the average American could make sense of it.

Then there are the quarterly earnings conference calls. Typically, members of the media and ordinary investors are not allowed access to the question queue during these calls. But some shopkeepers who use Square’s payment system for their small businesses get the opportunity to lob questions at CEO Jack Dorsey.

“Our customers are at the center of everything we do at Square, even earnings,” Dorsey, who also runs Twitter, told CNBC in an email. “We’re in the business of solving their problems, so we want to hear from them directly and make sure our shareholders do too.”

Pedro Dungo, a San Francisco-based professional bike-fitter and owner of “Fitted by Pedro,” was featured in Square’s first-quarter report. He appears in a photo spread ahead of the financial statements — leaning against his bike and smiling in a blue shirt polo shirt that shows off his full arm tattoo sleeve. On an earnings call last year, he asked Dorsey a question directly about collaborating with commercial properties to create space for Square sellers to have more pop-up shops in the Bay Area.

“It was intriguing, I’m really not a stock guy,” Dungo told CNBC. “I was really asking Jack, from a small business perspective, about how we can see small businesses reach the next level.”

Questions from Dungo and others may be irrelevant for the Wall Street analysts who typically dominate these conference calls, peppering executives with questions about sometimes arcane financial details. Nomura’s Dolev, who has a buy rating on Square, supported the effort but said it’s seen by his analyst peers as more of a gimmick than anything.

“It’s like an intermezzo,” he said, a time for an analyst to tune out and check email. “It’s not material for our purposes.”

For others, like Jeff Cantwell from Guggenheim Partners the visual aspect helps them sift through the information.

“I like it quite frankly,” Cantwell said. “They provide a lot of information and color, and the way they go about it helps us better understand not only quantitative side but qualitative side of what’s happening with their business.”

Square is hardly the only one spicing up its quarterly events. Adidas takes a similar design-oriented approach, as does Zendesk. Stitch Fix, which went public in November, also features clients and professional photography throughout its reports. Adyen is another non-conventional, artistic example. Even 115-year old Ford upgraded earnings for a more eye-catching alternative.

While its earnings release is mostly black and white with no photographs, T-Mobile’s conference call is a different story. Executives host a relatively lively video conference call, streamed on YouTube. They take questions from Twitter, Facebook or text message with a live dashboard of questions running during the call. In the second quarter last year, CEO John Legere wore his signature black leather jacket with a pink T-Mobile logo while CFO Braxton Carter donned a pink cowboy hat. 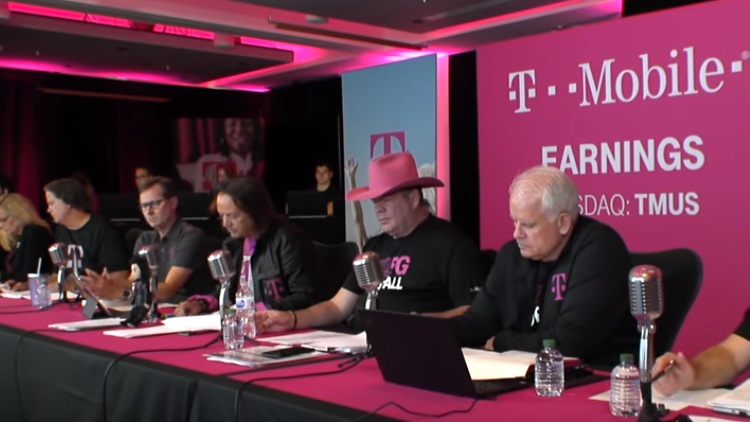 Netflix also streams its conference call on the social media site, while Twitter accepts questions from investors on social media and refers to them by their Twitter handles instead of full names.

Tesla CEO Elon Musk surprised analysts by mixing up the electric car maker’s earnings calls last year. It started on the first quarter call, when Musk cut off analysts and dismissed “bonehead questions.” Instead, he took multiple questions from an NYU grad student and retail investor named Gali Russell. Morgan Stanley’s Adam Jonas recalled it as “the most unusual call I have experienced in 20 years” on Wall Street.

For some on Wall Street though, the redesigns can be more of a distraction when trying to quickly sift through numbers. Mark Palmer of BTIG, who also covers Square, said he’s used to the new format now but he found it “somewhat challenging” to get to key information on the first go-around.

“For those who are unaccustomed to that, it can be challenging,” Palmer said. “From an analyst’s standpoint, we’re trying to get the the report itself and those testimonials do create some clutter.”